The diesel engines rattle loudly, the air is hot, and it stinks of oil and grease. Right in the middle of the roaring is the satisfied, frowning face of Johann, better known as “The Ghost”. Despite the immense noise, he listens to the inside of his diesel engine through a listening tube. Film buffs will have immediately recognised the scene from the film “Das Boot”. It shows the world of machine monitoring very vividly: An ear on the machine. The equipment in our sysWORXX family makes machines readable and thus enables monitoring and controlling to be done both locally and remotely.

Today, this “ear on the machine” is purely symbolic. In modern industry, machines work in large halls where hardly any workers are to be seen. But humans still listen in – hardly less intensely than on board the U96. This is shown by an example given by Klaus Rupprecht, Commercial Director: “Take a lathe, for example. It has axes and shafts that work at a very high speed.” The swiftly turning components rotate in special bearings. These bearings wear out eventually. “Machine operators used to be able to determine if something wasn’t working properly just from the sound,” says Rupprecht, describing the monitoring the machines, some of which are very expensive.

Today, in the age of electronics and software, a contact microphone is attached to a suitable place on the machine. This microphone continuously records the vibration and noises and transmits the data to controllers such as the sysWORXX CTR-700. 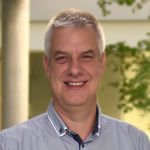 The initial data processing is already done on the CTR-700. Once processed, the data is sent on to central computers or directly to the cloud, depending on the customer’s wishes. A frequency analysis can then be used to determine locally if a bearing is coming to its wear limit based on the noises – and it can do this significantly more precisely and earlier than the human ear can. This lets a company identify and predict when the lathe will have passed its optimum operating point.

The prediction is part of predictive maintenance. A company no longer has to service its machines and have the bearings changed at fixed intervals, but rather can “listen in” on the machine and take precautions based on the actual situation. This means: Procurement can order or provide replacement parts. The technicians can prepare for the replacement and choose a time when production is as low as possible. Klaus Rupprecht: “This allows the company to avoid expensive failures and to minimise production downtime.”

Thus today, machines listen to machines and the human listens in — or rather, reads along. The machines and production sites are no longer monitored with ears, but with cleverly designed sensors. Equipment such as the controllers and sensor tags of our sysWORXX family make this possible.

This involves a product range by the Saxon specialists that was specially designed for the Internet of Things (IoT). “We come from the tradition of automation functions,” explains Klaus Rupprecht. “That’s why our IoT solutions, like the sysWORXX family, are always connected to machine control functions.” The sysWORXX CTR-100 and sysWORXX CTR-700 gateways thus do not simply hand over the data to cloud servers or control rooms.

Rather, the new controls are capable of pre-processing signals such as those from the Bluetooth signals of the upcoming sysTAG range. The group of sysTAG, sysWORXX CTR-100 and sysWORXX CTR-700 is therefore specially suited – but not limited – to predictive maintenance and condition monitoring.

The sysWORXX family is a newcomer to the growing market of the Internet of Things. At the same time, explains Rupprecht’s colleague Thomas Krause, Director of Production, the aim is not to compete with the industry giants for standard applications, but rather to offer individual solutions based on standard products for customers with special requirements. “Our target group is niche customers who require solutions they cannot get from standard market participants.”

For this, our specialists have streamlined the CTR-100 and CTR-700 control gateways especially for use in the IoT. As well as classic interfaces of machine control, such as the fieldbuses CANopen and Modbus, both controls also provide new possibilities, such as wireless networking via Bluetooth.

One of the new Bluetooth functions has a particular appeal. For example, since 2017, the Bluetooth Low Energy standard (Bluetooth LE) – the particularly energy-efficient offshoot of the Bluetooth standard – has supported the ability for devices to connect with one another without a central controller, and so to create a meshed network.

That means, for a reasonable cost, far-reaching wireless networks than can do without repeaters can be linked up. The communication is variable from node to node, which should make it much less susceptible to faults than traditional star-bus/tree network topologies.

Our autonomous sensors from the sysTAG range, which will become available in the fourth quarter of 2018, also firmly rely on Bluetooth. They transmit their data to the CTR-100 or CTR-700 via Bluetooth LE. As well as the Bluetooth-based sysTAGs, the sysWORXX control gateways are of course also based on many other sensors, like the aforementioned contact microphone on the lathe.

With its “blue” radio and its ample equipment, the sysWORXX family makes the step into the IoT possible. And even though the operator no longer presses their own ear to the machine, like machine operator Johann in Das Boot: “The sysWORXX products maintain the direct connection”, concludes Klaus Rupprecht. “We make machines readable.”

This solution sounds interesting to you?

Please contact us directly. We develop your individual solution, adapted to your needs.